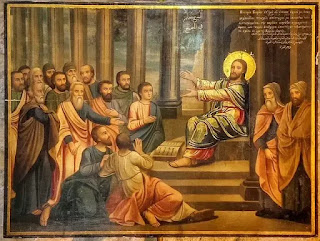 Some of the greatest joys of my ministry here at the Cathedral are the day-to-day encounters I have with students, teachers, and parents in our Cathedral school. In the fall, our third-grade teachers, Ms. Hurtt and Ms. Courtney, had their kids write down questions on slips of paper for me to answer; and sitting down to write individual responses to each of their questions was one of the most enjoyable ways I could spend an afternoon, because their questions were not only amusing but also deeply insightful and intriguing. Kids may sometimes say the darndest things, but I’d wager that some of our third graders might just be budding theologians.  One of the best questions they asked was this: “Is the Bible telling the truth?” That’s probably a question you’ve asked yourself. In fact, it’s one that’s on my mind not infrequently. In seminary, I took at least 3 classes that tried to answer it, and even the bishops at the Second Vatican Council spent a long time forming their position on th
Post a Comment
Read more 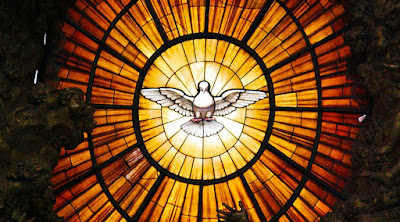 Readings: Is. 62:1-5, 1 Cor. 12:4-11, Jn. 2:1-11 By all accounts, the ancient city of Corinth in the 1st century after Christ was a rather wild place. Located between two seaports, Corinth was a center for commerce and tourism, and, as tends to happen in such places, the city gained a reputation far and wide for its shameless immorality, making it something like the eastern Mediterranean’s version of Las Vegas. And, if the analogy holds, then this “Sin City” would seem to be an unlikely place to find God. Back then, they might have said: What happens in Corinth stays in Corinth. But, in fact, Paul’s first letter to the people of God in Corinth proves that this is not the case. Paul had founded the Church in Corinth probably around the year 51, and as best as we can tell, he most likely wrote this letter to them about five years later, in the year 56. As with all of Paul’s letters, what he writes is in response to practical issues within that specific Christian community. So, when in to
Post a Comment
Read more

- January 09, 2022
Homily for Monday of the First Week of the Year Today, the liturgical year turns over to that period which is now known as “Ordinary Time”. Although some have tried to buttress the name of this season by giving it a theological meaning, that we call this season “ordinary” simply means that these weeks of the year are designated only by ordinal numbers (1st, 2nd, 3rd, etc.). Before the reform of the calendar in 1969, however, these weeks were known by their distance from the feast of the Lord’s Epiphany (yesterday would have been the First Sunday after Epiphany); and even if that is a nomenclature that we no longer use, there is still great value in thinking of this sacred time in that spirit. That is because the beginning of today’s Gospel, from the first chapter of Mark’s account, constitutes an epiphany. Whereas a star over Bethlehem announced that the Messiah had come, now Christ himself, the light of the world announces to Galilee: “The kingdom of heaven is at hand!” And this epiph
Post a Comment
Read more

Father Justin Gough
Baltimore, MD, United States
I am a priest of the Archdiocese of Baltimore currently serving the Cathedral of Mary Our Queen. I have a Licentiate in Sacred Theology from the Angelicum and a Bachelor's in Philosophy from Providence College.